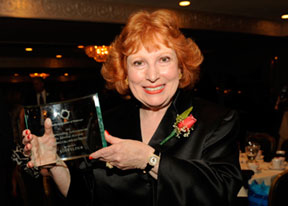 Winning isn’t everything…but it speaks to my work ethic, dedication and commitment. It’s not the number of awards; it’s the reason for them. Each one has a special meaning and an amazing story. What sets me apart…these are awards for recognition “after the fact”. The work isn’t done with a goal of award winning ads. The work is done to bring success and satisfaction. With that said, I’d like to thank everyone who made these awards possible.

Lifetime Achievement Award from the Media Association of Pittsburgh for “Agency”

University of Pittsburgh Award for Volunteerism

arranged in a systematic way, especially on a large scale